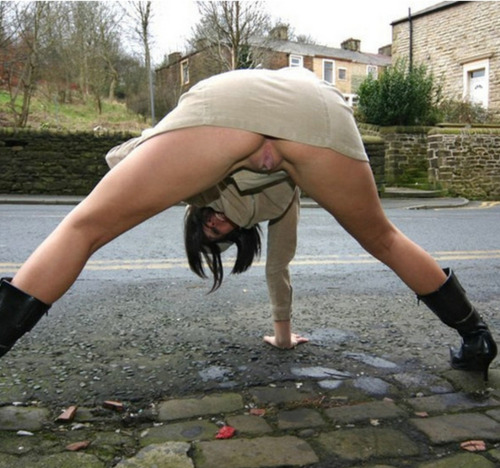 “My cock seemed to aim itself, and I pushed forward. As I entered her, the moan she uttered was no longer quiet. Not quite a shout, she was loud enough to attract the neighbors’ attention, but I didn’t care. I shoved my dick as deeply as it would go, only coming to a stop when it encountered her cervix. I pulled back and then pressed all the way in again. “

“My cock immediately twitched a couple of times, as if it wanted to show that it can grow some more and get even harder. Our lips touched, and our tongues began to intertwine, and soon we pulled ourselves completely onto each other. As Lydia had really long legs, my dick and her pussy were directly aligned. As soon as she felt my knob poking her crotch, she raised her heels and spread her thighs, just enough so my manhood would slide directly between her legs.”

“It was the first time I ever thought of Steph looking completely ravishing and sexy. Up until then she’d always been my wife’s annoying little sister who happened to look good. Her straight black hair fell just over her tan shoulders, and where Jane was shaved to a narrow strip, Steph was completely smooth. Her mouth parted in an ecstatic “O” as she stroked her nipple with one hand and let the other trail down to between her legs, on which she still wore the lace-top thigh-highs.”

“She knelt in front of him and kissed the bulging tip of his cock. In the near total darkness, Carson could scarcely make out anything, so he closed his eyes and focused purely on the physical sensation. Her initial efforts were tentative, perhaps inexperienced, but she soon moved from kissing and licking to taking most of his length inside her mouth. She alternated with holding him firm while using her tongue and sliding him quickly in and out while relying on her lips to stimulate him.”

“As I thrust against her palm she lifts her skirt with her free hand and slowly guides me between her legs, up against the soft material of her panties. They are soaked from her excitement and almost wrap around my cock. Her fingers move slightly and I feel her panties pushed aside and her juices engulf me as I now rest directly on her folds. The sensation of her pussy against my cock is too much and with her hand trapping me there, I begin to thrust back and forth, sliding my stiff rod through her lips each time. She moans deeply as I move my hands downward to her stomach. I slide them lower, one hand going to her hip and the other sliding over the outside of her skirt and panties, fingers moving past my cock onto the edge of her folds. My thrusting combined with the friction of my finger is driving her wild, her moans echoing into the night.”

7. Soccer Mom Out of Control

“Despite herself, Karen felt herself losing control whenever this arrogant kid was nearby. It was as if she couldn’t control herself, and even as a teen she had never been like this, so although she would hate herself later she swooped down and grabbed the teen’s spongy cock, stretching it out and then taking the whole thing in her mouth, sucking hard and loudly while Trevor had his hand in her hair to encourage her.”

“Looking over, the watcher was glued to our actions. That knowledge was something that only sparked me to fuck Elizabeth quicker and harder. She cooed as I did, moaning how it felt great. Egging me on. It didn’t take much as I was so excited. I’m thinking I lasted minutes but that was it, and soon my hands were holding her ass in place as I pulverized her pussy and soon began shooting to the wet hole. It was amazing.”

10. Modeling with a Motorcycle

“Joy was now totally nude in front of us and didn’t seem to be the least bit bothered by it. Her nipples looked like they had become even harder, if that was possible. As she leaned back onto the bike and put one leg on either side of the tank it she gave us both a long look at a cleanly shaved pussy on the bottom and just a bit of neatly trimmed fluffy hair on the top.”

I hope you enjoy these stories as much as I do!